author Hemley Boum from cameroon in Conversation with Kesha Ajose-Fisher at Powell's city of books, Tuesday, Oct. 18, at 7pm 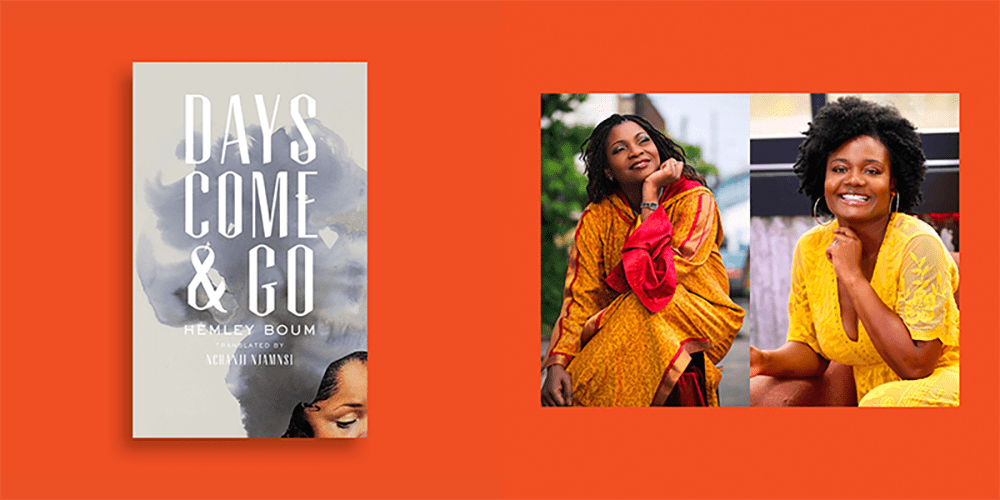 For readers of Yaa Gyasi and Imbolo Mbue, comes an English-language debut of a major African writer that dazzles as it devastates, offering an intimate look at three generations of a Cameroonian village as its people attempt to make sense of an inherited past and the complexities of belonging.

Chronicling the beauty and turmoil of a rapidly changing Cameroon, Hemley Boum’s Days Come and Go (Two Lines Press) is the remarkable story of three generations of women both within and beyond its borders.

Through the voices of Anna, a matriarch living out her final days in Paris;  Abi, Anna’s thoroughly European daughter (at least in her mother’s eyes); and Tina, a teenager who comes under the sway of a militant terrorist faction, Boum’s epic is generous and all-seeing.

Brilliantly considering the many issues that dominate her characters’ lives — love and politics, tradition and modernity — Days Come and Go, in Nchanji Njamnsi’s vivid translation, is a page-turner by way of Frantz Fanon and V. S. Naipaul.

As passions rise, fall, and rise again, Boum's stirring English-language debut offers a discerning portrait of a nation that never once diminishes the power of everyday human connection. Boum will be joined in conversation by Kesha Ajose-Fisher, author of No God Like the Mother.

Pre-order a signed edition of Days Come and Go.